Anyone who has traded in financial assets such as stock can easily trade forex because the mechanism used in both markets is pretty the same. Nonetheless, anyone who has no experience in the stock market can still learn here. You can start from scratch and finally master the art and science of forex trading.

Basically, forex trading involves exchanging the currency of one country with the currency of another country, hoping for a price change in your favor. In other words, you should pray to the gods for the price of the currency you bought to increase relative to the one you sold. That much simple…

Time for a practical example.

You think Euro will become stronger in value than the U.S. Dollar, so you buy the Euro:

Pair = EUR/USD. NB: The currency you are buying is always on the left side.

Exchange rate: 1.2000. NB: The exchange rate is often put in four decimals, although there are others with three and five decimal places.

NB: Most trading accounts require a minimum of $250 or $500 as the starting capital. Others require as little as $1 minimum, but I would advise you to start with $100. You will know why later. For now, focus. Concentrate.

After two weeks the value of Euro increases, so you sell the Euros at a higher rate of 1.4000.

Why should you always buy currencies in pairs?

Because every time you trade two things happen: you buy and sell simultaneously. You buy the pair EUR/USD = 1.3303 as follows: buy Euro, sell dollar at 1.3303. 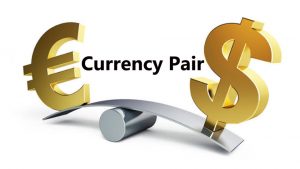 How to read Currency Pairs

In this example, the currency on the left (EUR) is known as a base currency while the currency to the right (USD) is called quote currency.

The exchange rate refers to the amount of the quote currency that you are buying with one unit of the base currency. 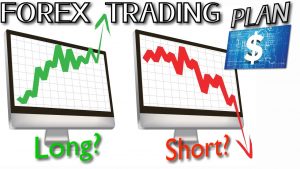 If you as a trader decide to buy a pair expecting the base currency to appreciate and sell it later at a profit, you are said to be “going long.” On the other hand, if you sell the pair you are “going short.” Simply, Buy = Long; Sell = Short. 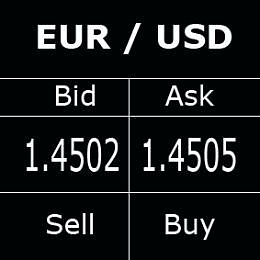 Thus, if you want to sell the Euro as in the case above, your broker will buy it at the bid price. If you are going short, the broker will sell the base currency to you at the ask/offer price. Generally, the ask price is higher than the bid price in any Forex market. The difference between the two (bid and ask) prices is called the spread.

Forex trading is so simple. You only decide which currency to sell or buy.

As a beginner, it is always advisable that you focus on one of the major currency pairs because they are the most liquid and it is less likely you will slip. You also need time to perfect your skills and develop a suitable and consistent trading pattern that will work for you.

So you know how to read currency pairs, but when do you choose to go short (sell) and when to go long (buy)? Buy or sell? Dilemma?

Lesson 3: When to Buy and When to Sell Forex